2015 Rally of the Tests Report

The 2015 Rally of the Tests, a reincarnation of RAC Rallies of the 50s and 60s, returned to the Fylde Coast after an eight-year absence when the event’s four-day Newcastle – Blackpool route finished at the seaside resort’s Village Hotel.

Those crews who made the Blackpool finish on the Sunday afternoon had survived a 560 mile route using some of the remotest roads in Northern England and Southern Scotland during its three-day course. Notwithstanding the weather the finish must have been a welcome sight for competitors who had endured one of the wettest ever ‘Test’ rallies.

Having tackled a route containing numerous fords through swollen rivers as they neared Blackpool the competitors were greeted by torrential rain of monsoon proportions. There was standing water on long tracts of road, around Bilsborrow and Inskip in particular, making the final leg of the journey just as tricky as some earlier ones.

Following Thursday evening’s prologue, the rally had started proper on Friday with a 225 mile route that took crews via Kielder Forest and the Scottish Borders before finishing in Dumfries. A more southerly course on Saturday took contestants via Kershope Forest, Warcop Military Ranges and Catterick Army Camp before reaching the overnight stop near Darlington. It wasn’t without it’s challenges though as a couple of fords in the Weardale Valley proved especially tortuous with the swollen rivers claiming a number of cars that required help from a rescue vehicle.

At 166 miles Sunday’s third and final leg was the shortest of the rally but it proved just as tough as those on the previous two days. Make no mistake, all credit goes to each and every crew for reaching the Blackpool finish.

Amazingly all but nine of the 68 starters completed the event that was won by Howard Warren and Iain Tullie in a 1962 Porsche 356. They recorded a winning margin of more than two minutes ahead of the 1964 Porsche 356C of Neil Wilson and Matthew Vokes. Finishing third, a repeat of their result from last year’s event, were David Morgan and Martyn Taylor in a 1968 Volvo 123GT. 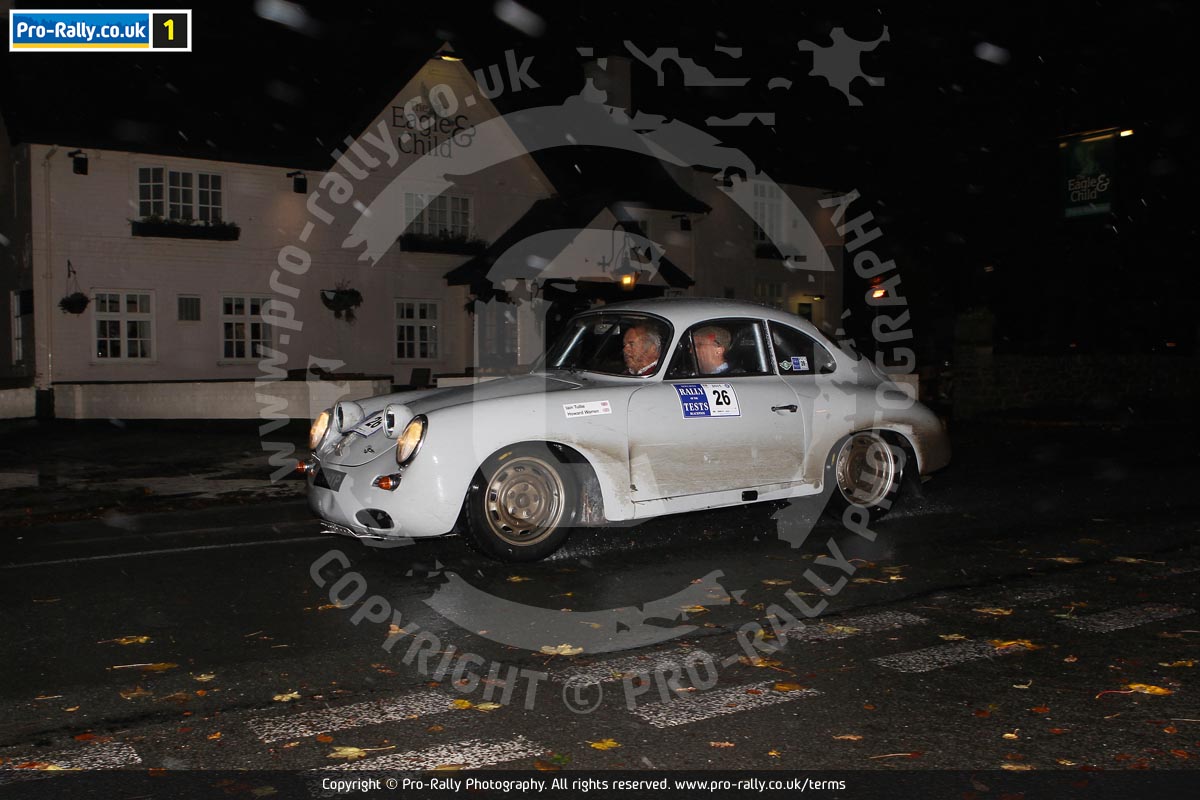 Almost there… Winners Howard Warren and Iain Tullie pass the Eagle & Child at Weeton in their 1962 Porsche 356.

View a gallery of photos from the 2015 Rally of the Tests, here.