John and Alex Stone brought their Ford Fiesta WRC to victory at Wigan’s Three Sisters Race Circuit after heading the standings of this Warrington & District Motor Club event from start to finish.

The father and son crew set eight fastest stage times to finish almost a minute ahead of their closest challengers Scots duo Tom Morris and Colin Harkness in the Skoda Fabia S2500. Jason and Lee Wilson, who had a new engine in their Darrian T90GTR, finished third despite being plagued by some early electrical issues that left the car prone to stopping, without warning, mid stage.

No fewer than six Escorts made up the rest of the top ten order, a quintet of Mk2s and the Mk3 version of Richie Hughes and Martyn Quant who finished tenth. Mark Jasper and Don Whyatt headed the Mk2 contingent finishing fourth closely followed by Rob Cox and Joe Graham. Matt Pierce/Phil Turner and Jack Ives/Stephen Henty finished sixth and seventh respectively before the Escort order was interrupted by the Subaru Impreza of Adam Williams and Rachel Atherton. Chris and Steve Grundy finished a respectable ninth on their first visit to the Wigan venue. 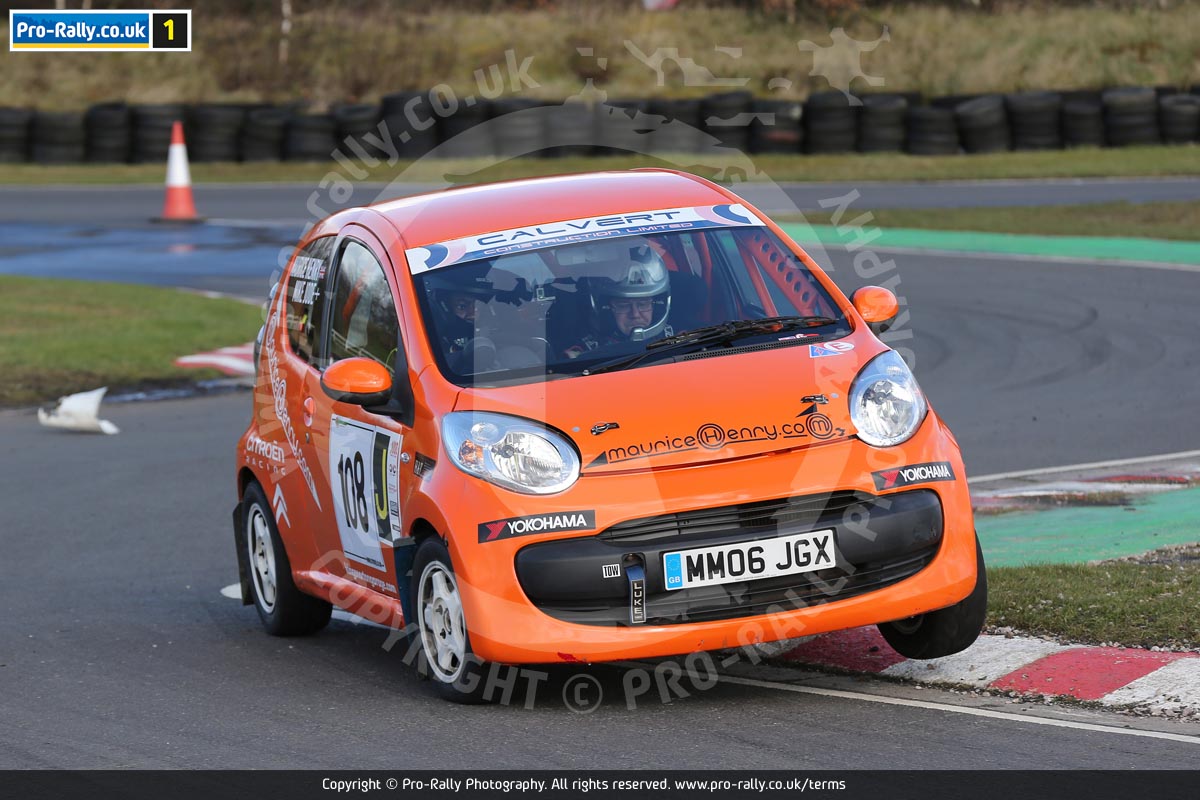 Top honours in the Junior event went to Maurice Henry and Mike Jode in their Citroen C1. A close contest for second place was decided by the tie-break rule that favoured Nissan Micra pairing Lewis Hooper and Sam Bilham by virtue of their faster first stage time.

View a gallery of photos from the 2020 Questmead Stages, here.

View a gallery of photos from the 2020 Questmead Junior Stages, here.